We “Sparkle™” is an inbound souvenir shop in Asakusa, Tokyo.

Muslims are the second largest religion in the world after Christianity with about 1/4 of the world’s population.

A quarter of the world is Muslim. Globally, Islamic travel demand is a major contributor to tourism GDP.。

Development of the Muslim tourism market is also important in the global travel industry. Responding to the needs of Muslims is an essential era for the tourism industry.

Muslims have unique lifestyles, most of which are unknown in Japan. Sparkle serves Muslim tourists.

The Japanese tourism industry has been excited by the increase in Chinese tourists since around 2000, but it has changed in 2019 and in recent years.

As of 2019, tourists from Southeast Asia are the most willing and top customers among foreign visitors to Japan.

There are so many people who are very gentle and kind.

Families and groups of people often act together and have an exceptional number of purchases.

They tend to be more interested in entertainment, such as famous tourist attractions and theme parks, than in cultural museums and art galleries. → sightseeing spots in Tokyo

I like souvenirs of tourist attractions such as magnets and T-shirts and tend to buy relatively low-cost items in bulk.→ product like this

People tend to avoid Shinto shrines and Buddhist temples for religious reasons, but in Asakusa, people are interested in visiting the five-story pagoda and the Kaminarimon Gate.

Even if Muslims are interested, they won’t be able to use hot springs or public baths because they can’t get naked in public.

There are commandments such as worship, meals, dress, and living.

Halal means what is permitted by Islamic law.

One of the most common practices of Muslims is to pray to God.

It uses a unique form of prayer.

They purify their hands and feet with running water (wudu) and pray on a mat on the floor, facing the direction of the gods, with men and women praying separately.

They do this every day, so they would be too anxious to enjoy their trip in Japan if they didn’t pray.

Therefore, since 2011, we have been trying to understand Muslims and incorporate an environment where Muslim visitors can feel safe by opening a space where they can pray in Asakusa, a major tourist attraction.

The current situation in Japan is that there is still a lack of readiness to accept Muslims.

Paying attention to customer service will lead to the satisfaction of Muslim tourists.

Many interesting T-shirts are sold as souvenirs at tourist spots, but some of them are downright funny.
This is not allowed. There is a strict sexual ethic that needs to be taken into consideration.
Be careful about coming into contact with the opposite sex.

Some souvenir shops sell yukata and teach how to wear them, but be careful about touching them.

Muslims are not allowed to have contact with anyone other than family and relatives, so be careful when shaking hands.
When two people of the same sex shake hands, the left hand is considered unclean, so the right hand takes precedence.

Many souvenir shops and facilities are described as “Muslim friendly” or “local halal,” but since the definition of “Muslim friendly” is unstable around the world, it can be misunderstood in different ways and may cause unwanted problems. We recommend that you do not use this term casually.

We are so well known in Asakusa that we have been interviewed by a number of foreign media outlets for Muslims.

We can also help you with your Muslim needs. 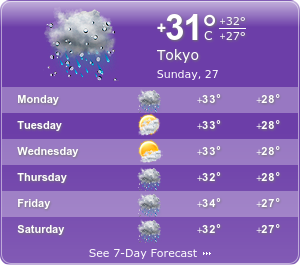 We "Sparkle™" is an inbound souvenir shop in Asakusa, Tokyo.Musli…

Introduced in North America in 1984, it is now the world's leadin…

Sparkle has a wide selection of popular items in various designs.T-s…

T-shirts and souvenirs "SPARKLE" are also featured on TV.Introduc…

Information on tourism and trivia